Wordle makes my point about the app problem

While I haven't developed a Wordle habit, because I don't get around to it most days, I admire it for its simplicity. But I also admire it because a dude made it for fun, then sold it to the New York Times for the "low seven figures." That's bad ass, and also kind of lucky. But what I like most about it is that it's something insanely popular that is entirely web-based. There is no app. The browser is the app.

I've been complaining for years that there is too much crap out there that doesn't have to be an app. I install as little as possible on my phone. Apps suck for a great many reasons. First, they have to be installed, and that means that they're updated constantly, sucking bandwidth and battery. There's nothing instant about installing an app, when compared to going to a URL in your browser. They have to be built at least twice, for iOS and Android, and maybe Windows or MacOS if you want it to also run on the desktop. As someone who makes software, this is something that's more expensive, and the only part of the user experience that is "better" is that it puts an icon on your home screen. Even that's not a convincing win, because you can put web sites (or web apps, if you will) with links on your home screen.

Wordle is totally self-contained, which is why it was so easy for The Times to move it. Compressed, on a fresh load it comes down the pipe in 220k. On a cached load, it's 116k. For comparison, the Android version of Instagram is 98MB. Wordament is 167MB. The Chipotle app is 64MB, and the experience is virtually identical to the web (it might just be a container for the web, which illustrates my point as well). In fact, no app really adds anything to ordering food. It's completely unnecessary.

Fortunately, most everything that I use regularly works in a mobile browser or on my desktop browser. Mostly it's restaurants, the Publix pharmacy. The thing that doesn't work well without an app is the mess that is the Walt Disney World app, which will suck your battery dry and has location on constantly unless you deny it. With web assembly working well on Android (not sure about iOS), I feel like there's even less reason for native apps.

A lot of people disagree with me, and I find that those who do tend to either be primarily native developers, or too young to remember the glory of a web that wasn't dominated with platforms and walled gardens. That probably makes me a little naive, but if the underlying issue is really about discovery and launching, that seems like a solvable problem. I mean, Wordle shows why it can work. It spread without an app, or an app store, and it worked just by wordle of mouth. 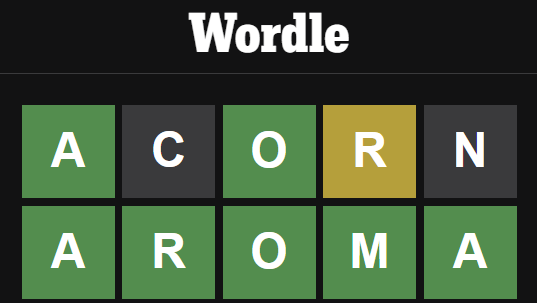