Boots were made for running

If you know us more closely, you know that Diana is my very own "crazy cat lady," and that she volunteers for a local non-profit called Candy's Cats. That's where Remy came from, almost a year ago. Prior to that, we briefly fostered another black cat that did not at all get along with ragdolls Finn and Poe. This year, for Thanksgiving, we brought Boots into our house for a couple of weeks.

Boots is under a year and a half, but I guess no one knows for sure by how much. He's still a kitten, but he's large and very robust. I mean, you pet him, and you can feel that he's solidly built. We didn't have anyone over for the holiday, so he got to live in the garden view suite (the spare room and bathroom). Because the bathroom is a Jack-n-Jill between the bedroom and Diana's sewing room, there's a big runway, probably 30 feet, that he could run back and forth across when he wanted to play. He sounded like an elephant charging from downstairs!

He has a very warm personality, too. At least, he did toward us. He loved to play with all the cat toys, and he would play hard until he was panting. He was actually checked out by a vet for this, because apparently he did this for a previous foster parent. When he was ready to chill, he didn't hesitate to come up on the bed with you and cuddle, with the understanding that you should not keep a hand on him too long, and don't touch his rear back. If you violated his policies, he wouldn't bite you, just nip at you. He parked next to me the second time I went in to visit him and just purred away. He's a very sweet cat.

I hate to think that he's all cooped up in a cage again, given how much he enjoys stretching his legs. Diana hasn't been at the store recently to advocate for him either. The hard thing about the shelter is that people gravitate toward small kittens, which I totally understand. We can't really adopt him, because Remy is already a handful, up on things he shouldn't be on and chasing Finn around when he's not interested (big as he is, Finn is a lover, not a fighter). The boys did meet Boots, with mixed results.

So if you're in the Orlando area, and looking for a furry buddy, check out Boots. I'm sure he would love to get to know you. 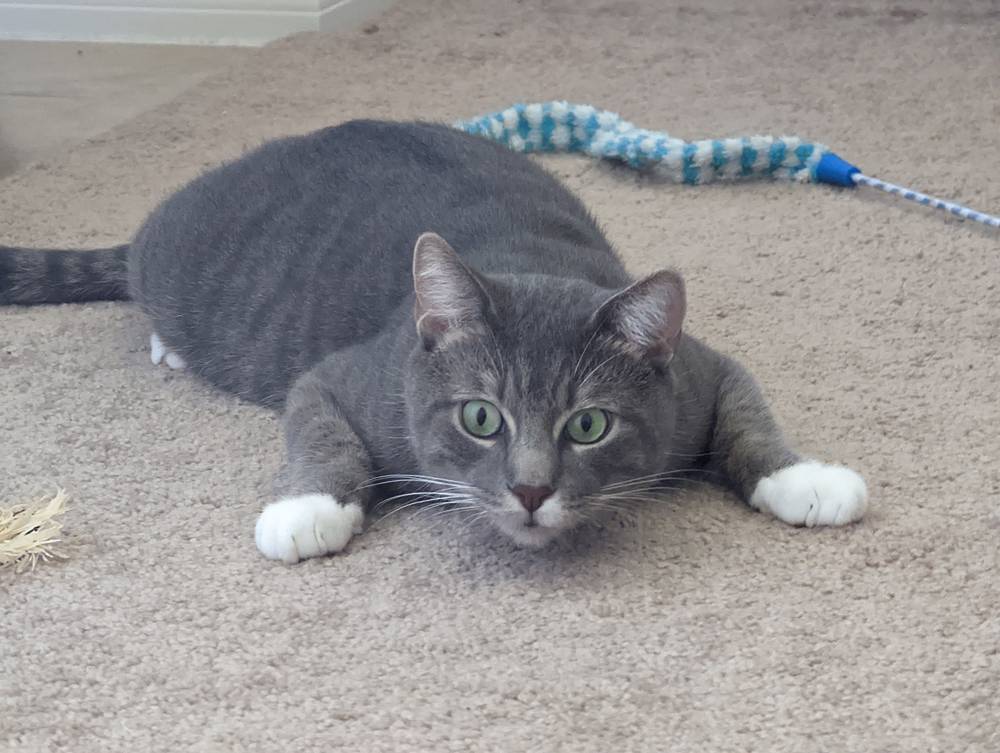