Back in August, we fostered a slightly older cat for a week or so, and it didn't go particularly well. The biggest issue is that he seemed to fundamentally change the personalities of Finn and Poe, our practically perfect ragdolls that are now closing in on 2-years-old. They really are extraordinary animals, and we didn't want them to become anti-social or mean, but the visitor in their midst seemed to do just that.

Diana has a thing about having a black cat, and while I don't really understand it, cats are very much part of the picture and I've always understood that. So when a young black kitten came into the rotation where she volunteers, she wanted to give him a shot. This little guy came in weighing barely four pounds about two and a half weeks ago. He's been a "little shit" to some degree, or at least to the degree that it's what we've been calling him, but the ragdolls have mostly tolerated him. It's the little guy who has been moaning and hissing at the big boys, but they're generally unmoved by his tiny aggression. To me, that was the biggest hurdle to clear. As I've said, those boys have wonderful personalities that involve flopping down at your feet for belly rubs, and I love it. Junior doesn't seem to change that.

He has some behavior issues that we're working through, not the least of which is clawing at a particular chair, and showing up on the counter from time to time, but we're working on that. The volume of energy for such a tiny creature seems impossible. But he's also a lap cat, which is a plus, so he knows how to connect with his humans. So Remy, as he will be forever known, is going to remain with us.

Remy is still learning that he doesn't have favored nation status, so when he's a dick to the ragdolls, he might be sprayed by the water bottle. Finn is unapologetically my favorite, because of our morning ritual where he follows me around after a shower and flops at my feet until I spend some quality time rubbing his belly. That fundamentally changes how my day goes. Poe has his moments of sweetness as well, but he's more moody. Remy has to prove himself, and I kind of hope he gets fat and lazy because tiny and hyper is exhausting. 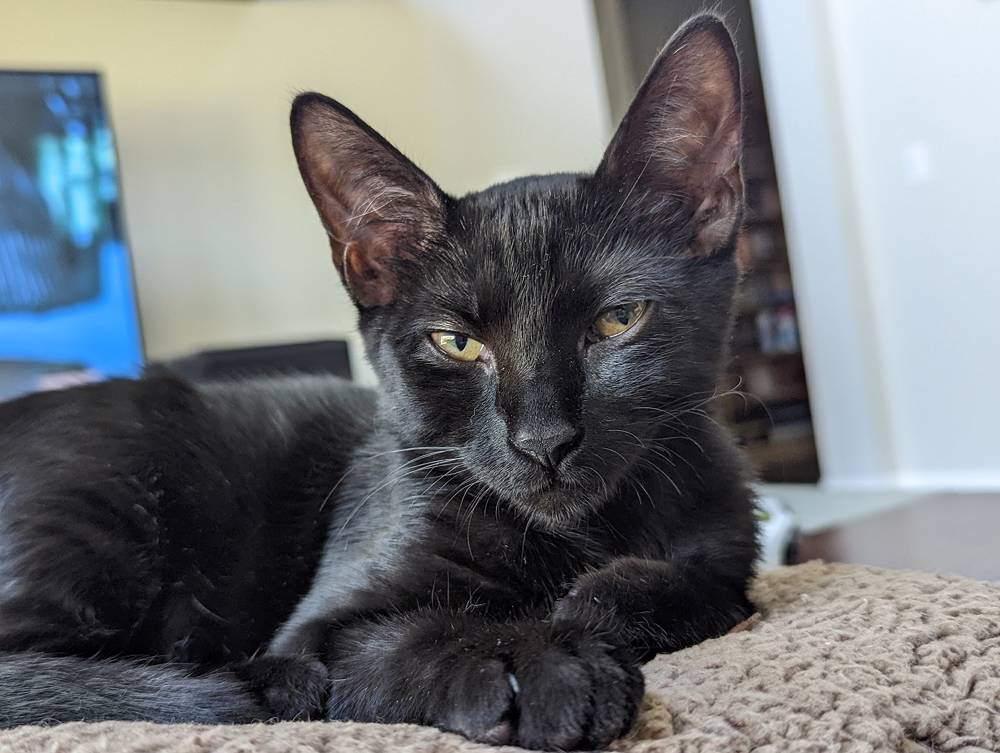