The addition of Finn and Poe, our big furry ragdoll cats, was easily the highlight of a difficult year. They are very nearly perfect cats. We were very set on getting that breed in part because of my brother-in-law's wonderful cats. I don't entirely understand how genetics can make an animal predisposed to have certain personality traits, but they are the most chilled out, affectionate cats I've ever had. While there's certainly some amount of guilt from having "designer" cats instead of those from a shelter, I'm at that place in life where I don't know how many more cats I'm going to have, so I wanted what I wanted, and don't regret that decision.

When Diana and I started to cohabitate, she had three cats, and I was down to one. That foursome moved to Seattle and back with us in the car (solo with me, on the way back), and then the surviving three came down with me to Florida. We're used to having a large pride. After we unfortunately lost both Emma and Oliver last year, I was content to just have two. Diana had other plans.

She has been volunteering at a local pet store that hosts a cat adoption service. She's always had a thing for black cats, and I would say that our giant Gideon was one of our favorites. She learned about this 3-year-old, going by "Rummy" or something like that, close enough to "Remy," who was being fostered through this organization, and he was looking for a permanent home. Given the no-risk nature of this, we gave him a shot.

Starting in the guest room, he was a very nervous animal that mostly wanted to hide, but if you were still for a bit and just quietly hung out, he would come visit you. He was very affectionate, ready for the rubs where ever you were ready to give them. His nervousness seemed extreme, but he didn't hate me or the other humans in the house. That was a good sign.

Things didn't go as well with Finn and Poe. Finn immediately took to hissing at him, which was disturbing because we've never heard him make that sound. He's a lover, not a fighter, and often on the bottom of the wrestle pile with Poe, despite being the larger of the two. Eventually what we saw was Remy chasing the other two cats, who suddenly were taking cover under our bed in a way not characteristic of their typical behavior. The situation didn't get better over the course of a week. It turned out that Remy was very sweet to humans, but he was not meant to be a part of a multi-cat household.

Diana reluctantly brought him back to the store on one of her volunteer shifts. Fortunately, the story did not end there. A family with three kids and no cats came in looking for a special cat, and Remy warmed up to one of them almost instantly. Diana pitched him as a friendly little buddy, which he is, provided you don't get any additional cats. She went back to the store that evening to meet the family again, with the dad, and Remy had a new home.

I'm happy that the story had a happy ending. Simon was a little sad that he didn't get a chance to see him one more time, as he sometimes helps volunteer, but we're all glad that he has a home. Non-kittens are sometimes hard to place, but this little guy, nervous as he was, no doubt will make a great pet for the family. 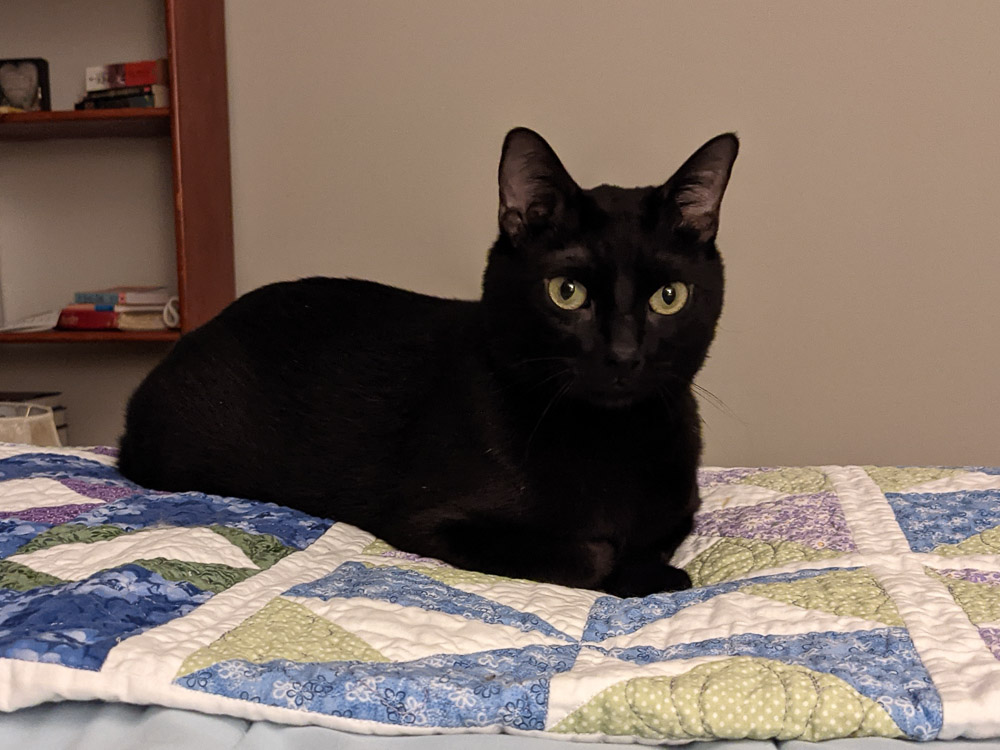