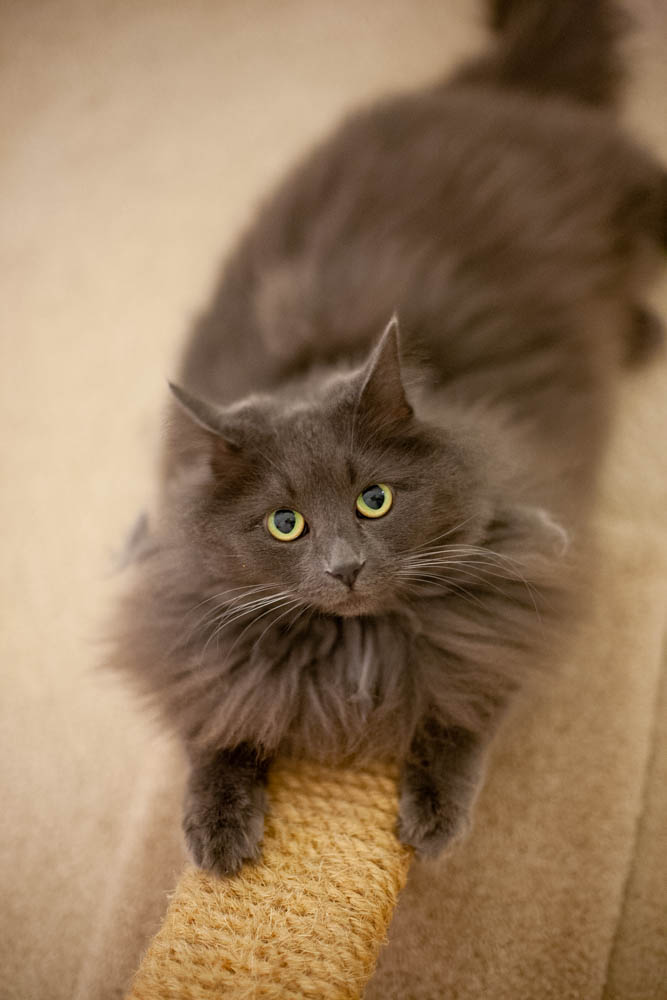 Today we had to say goodbye to Emma. She left peacefully with Diana at her side (solo, because Covid). I've been making jokes for years about her eventual end, because she was almost 18, but I'm still very sad to see her go. She mostly died of old age, as far as the vet could tell. She's been moving pretty slowly the last two weeks, but still able to jump up into chairs. Yesterday, she moved a total of 20 feet all day, and began to lie down in the shallow litter box that Diana put out for her. She was clearly getting weaker by the minute, really not even able to keep her head up. She very suddenly became a shell of her usual self.

Diana adopted Emma after she spent almost two years with a family on a farm, where they decided she needed to go because she wouldn't play nice with the kittens they had. Of course, Diana acquired more cats, so Emma eventually had to learn to roll with them all, including my older Cosmo when we merged the pride. I called her Princess Bitchy Pants because her meow was completely annoying, and she always looked annoyed. She was tiny under all of that fur, and you could put her on her back and brush her, and she would do "air paws" and purr like crazy. She would sweetly groom Oliver and Gideon, before getting tired of them and whacking them in the face. She was the alpha in the pride after Cosmo died, and not afraid to chase the boys around despite being much smaller. She was still chasing Oliver as recently as a month ago.

Simon was sad to see Gideon go a few years ago, but Emma was much friendlier toward him. He would put his head down in front of her, and she'd start to groom him, which was hilarious and sweet, and strangely contrasting to her unpleasant meow. I don't know how you explain euthanasia to a kid with autism, because I can barely understand it myself, so we told Simon that she would go to the vet and have medicine to keep her comfortable while she dies. That's not untrue, we're just leaving out the decision making process that we're burdened with. I know what that knowledge did to me as a kid, and I resented my parents for weeks when I had to say goodbye to Smokey. Simon took it as well as could be expected, which is to say he was in total meltdown for about 15 minutes, and fortunately has been easily distracted since.

Letting go of cats is always hard, deciding when it's their time. I suspect she wouldn't live more than a few days more, so this one at least was close to a natural old age death. It's still hard though, with four cats in 13 years, starting with Luna (2007), Cosmo (2013) and Gideon (2018). As I said, this one isn't as hard because I feel like I've been expecting it for a long time, but it's still sad. It's hard to see Diana's cats go, but I wasn't as "close" to them because they knew who the mom was, and I think they largely have tolerated me. The ragdoll kittens are coming in another week or so, and I'm excited that they'll know the three of us as their family from the start, and hopefully be with us to retirement. For now though, it's just Oliver, and he definitely knows that he's alone now.