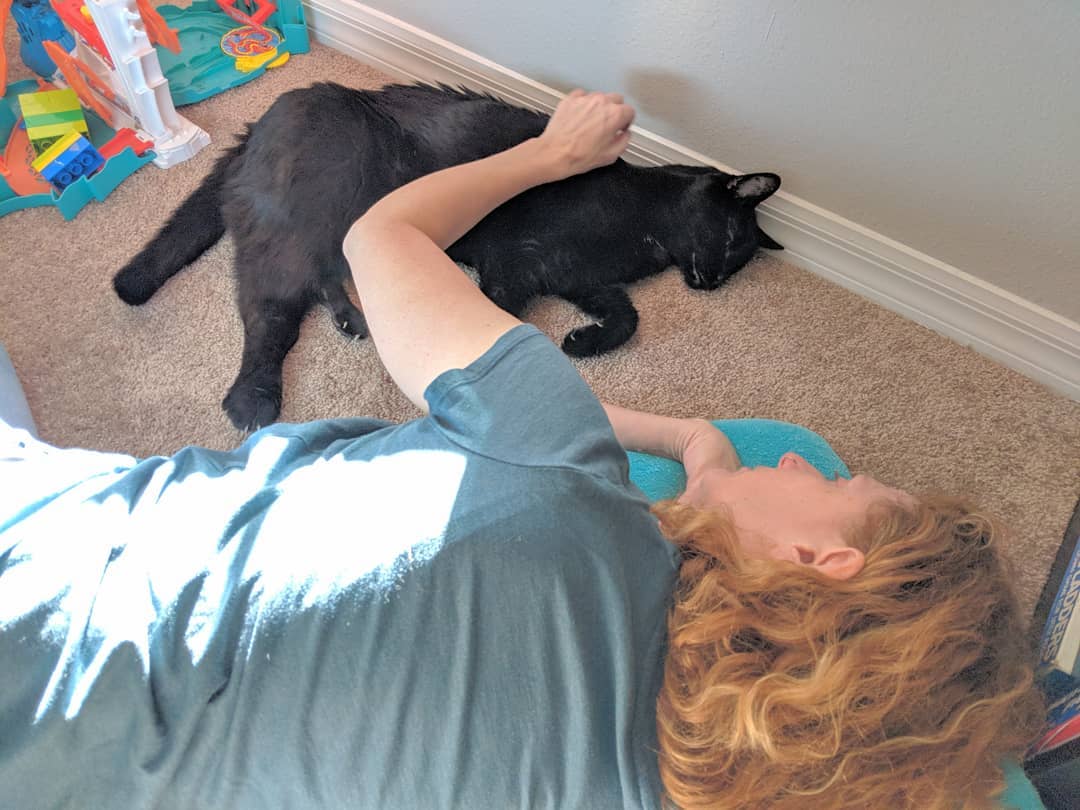 I was just over a month ago that we discovered that Gideon had a big tumor on his leg. As his leg got more and more stiff, we were kind of surprised the way he rolled with it, and how spoiling him with food demonstrated extraordinary appetite. But in the last week, it was obvious that his strength was going, if not his appetite, and we knew it was time. He passed away peacefully with Diana and I at his side this morning.

Gideon was the second of Diana's three cats, and when we got married we had four between us with Cosmo (which is too many, by the way). Of the three, he took the longest to really like me, because despite his enormous size, he was scared of everything. Somewhere around 2014 I think he finally let me pick his gloriously fat ass up. Prior to that, I could only rub his belly when he'd do the fat cat thing, lying on his back, but he demonstrated remarkable trust, allowing me to do it with my foot. Despite his weak meow, he always had a huge motor when he was in the zone. Thunder Paws earned his nicknames as our gentle giant.

At his heaviest, he loved to climb up on Diana in bed, which teetered between sweetness and suffocation. He would lick her on the nose until she acknowledged him, and if she didn't he would resort to tapping her on the nose with his paw. He would get into wrestling matches by day with Oliver, lots of neck biting, and kind of ignored Emma most of the time. He never really warmed up to Simon, I imagine because young kids are a little too unpredictable.

In his Florida years (and keep in mind I've logged about 6,000 miles in the car with him while moving), he seemed to settle into more of a couch-side routine with us. There was always something satisfying about having such a beefy, enormous cat around.

I'll miss the panther. Our pride is now down to two.