Diana was in a car accident last night, because 2020 couldn't leave well enough alone. She was driving home from work around 11:40, on a road with relatively little traffic that time of night, when a very young girl traveling from the opposite direction turned left and tagged the back left of her car hard. She spun counter-clockwise another three car lengths past the start of the median. Side curtain airbag deployed and her arm is probably going to get colorful today, but she's otherwise OK. The wheel bowed out pretty hard, with damage to the rear right door, fender and bumper, and I've gotta think that the frame took a hard enough hit to sustain damage. I'm not sure how the battery modules are mounted in the 2nd generation Leaf, so it's not clear to me if it was damaged or not. I'm fairly certain whatever emergency disconnect there is was triggered, because the car was quite dead.

I got Simon out of bed and we went to wait for her. Nissan roadside assistant was pretty good about getting a truck out there, but there's a weird thing where the Orange County Sheriffs don't do accident reports in this case, Florida Highway Patrol does. They were busy with another accident down the road. The OCSO guy eventually told us to exchange information and self-report the crash online, so at the moment, no one has been cited. I don't see how Diana could be at fault from the sheer physics involved, but the wife of the guy who helped her out of the car did apparently make a statement to the OCSO officer.

The other driver said she had a green arrow to turn, which I doubt, because for her to hit with that kind of force, she would not have been turning from a stop, and without being in the lane, she wouldn't get the arrow. Florida (and maybe other places, I don't know) likes to do blinking yellow arrows, which I hate, because especially if you're from other states (Ohio at least, seven years ago), that's not a thing. You get a solid green and you turn left only if it's clear to do so. These arrows are suggestive in a way that seems counterintuitive.

This is pretty much my worst anxiety scenario, because when Diana texts me to say she's leaving work, I count the minutes, and have played out the whole thing in my head where she's late and I get a visit from the police about an accident. That's irrational, because I imagine there's more risk of accident during the day, but here we are. Hopefully we'll get news on the car soon, but because Leaf's depreciate so quickly, and who knows what has to be fixed because it's electric, I wouldn't be surprised if it ended up being totaled. The car is only worth about $13k if it's perfect. It's a lease, up this August, so it's not our problem long-term no matter what. If we have to replace it, that throws a wrench in my 2021 financial planning before it even begins. I was hoping to pay off the other car, then just have one payment, but that was supposed to happen over six months.

A few hours short of nine years ago, on Christmas Eve 2011, we were rear-ended by a woman in Bristol, Tennessee, on the way to visit my in-laws (which is why I always get the car rental coverage now). That feels like a very strange coincidence. That car ended up being totaled. If we go back a few more years, Diana and I followed a drunk driver on Christmas day, 2008, as he bounced off of other cars and eventually plowed into an off-ramp guardrail on I-71 in Cleveland. Again, it feels like a pattern, or a curse, when it comes to driving near Christmas. 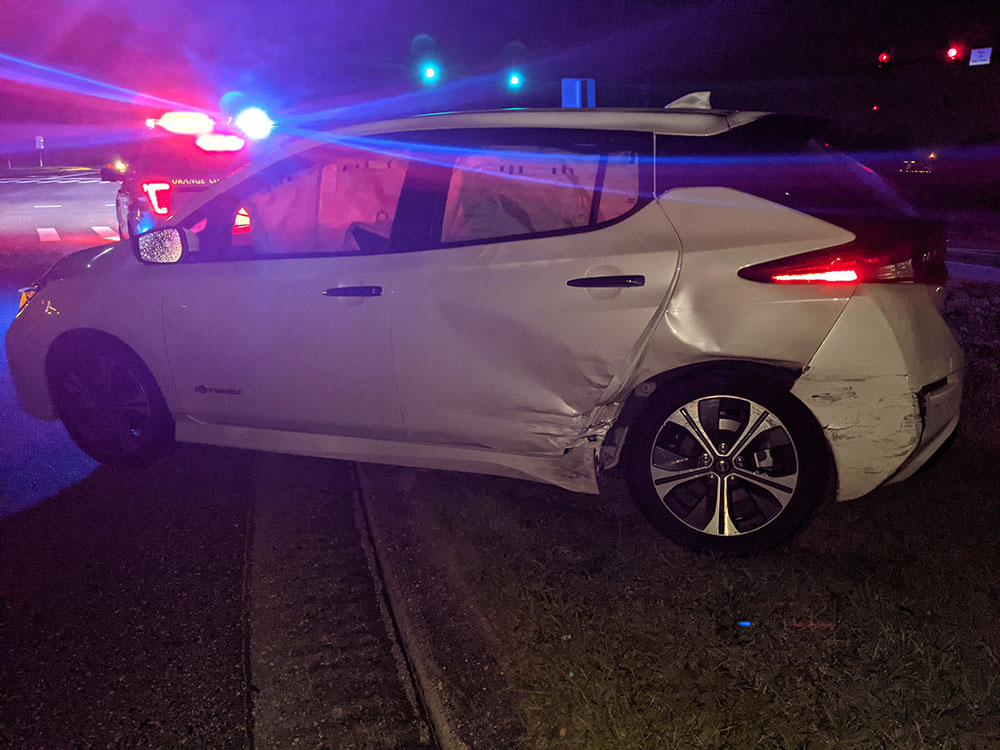