Friday was a really exciting day. It was the official opening of Steinmetz Hall, the third theater in the Dr. Phillips Center complex here in Orlando. The building initially opened with the Walt Disney and Alexis & Jim Pugh theaters, with an empty lot where Steinmetz would eventually go. Whatever amount of OCD I might have, it was definitely triggered by the fact that the façade of the building was asymmetrical. It wasn't terrible in the public view, and you had to really look hard to see where the building was meant to continue. There were some spots backstage and around the dock where it was more obvious, but again, you had to look.

I had my first look inside in late August, 2014. I had just started working mostly remotely for a Tampa company that had a small office across the street from the center in downtown Orlando. To this point, I didn't now much about what was going on, and I was quite frankly shocked by the whole thing. I was surprised even to see that downtown was actually a fairly vibrant place. With Diana's work history, I was like, you need to get in on the action! We were visiting the building for an open house when conversations about volunteering turned into conversations about working there, and she landed a front-of-house role that eventually promoted her up to part-time house manager. Meanwhile, I got in touch with their in-house creative guy and did some volunteer video work for him. That led me to an opportunity where he put a staff T-shirt on me and I roamed all over that building, through any door that wasn't locked. I explored most of the Disney and Pugh theaters during a subscriber preview, where people found their seats for the Broadway series. It is surprisingly not straight forward navigating through that building, and I never did find my way into the pit.

The first grand opening happened in December 2014, and I got a bunch of photos then. A couple of weeks later I saw the first Broadway series show, the reboot of Phantom of The Opera. We also saw Book of Mormon that year, but didn't become subscribers until the second season.

The planners and philanthropists that have been behind this effort, which is an interesting mix of private and public funding involving the county and city, decided to take a phased approach in construction, in part because they didn't have enough money to build out the entire vision up front. They started in 2011 and when the first phase opened in late 2014, they were still in the process of tearing down an old building on the front lawn. Fundraising continued for the concert hall, for which they resumed construction in 2017. The new hall cost around $240 million, with the total building cost over $600 million.

The Walt Disney Theater is built for the typical stage spectacle that you would expect, and the touring shows apparently find it pretty easy to work there. In addition to the Broadway series, we've seen the Orlando ballet there, some kid shows, the Orlando Philharmonic performing live movie scores and even Bill Nye. It's a fantastic venue. In the smaller Pugh, I've only seen Jane Lynch and the Christmas musical variety show she does with Kate Flannery and some other dude and a band.

Steinmetz Hall is a classic concert hall. The sightlines aren't entirely ideal for something like a Broadway show, but it is acoustically tuned like no building on earth. It literally sits on rubber blocks and is so isolated from the outside world that you can't hear it. No sirens or trucks rumbling down the street, no airplanes flying over. You can sit in the back row on the highest level and hear people speak on stage without amplification. The configuration can be changed spectacularly, too. In its near perfect sound state, there are seats all the way around, including behind the stage, as you've likely seen in other concert halls. This back wall, which is called the cassette, weighs many tons but sits on a track, and it can be moved back (in about four hours), at which point they fly in a proscenium and curtains and such for a more traditional setup. If that weren't cool enough, all of the seats in the orchestra section can actually be flipped over and create a flat surface where you can set things up any way you want, including in the round. Diana got to see the seats flip in training and said it was pretty awesome.

This is an extraordinary venue, and in terms of sound, may be one of the best ever built. The people who have spent 20 years pursuing this wanted to do it right, to build something special, and they did it. I remember as a kid piling in on the school bus for a field trip to Playhouse Square in downtown Cleveland, seeing some theatrical performance for the first time. Kids all over Orange County will have those same opportunities. Diana has been there for those, and I happened to meet her there once as they were winding down. It's a big deal. With things like that, plus shows like Wicked or Hamilton, the orchestra, comedians, bands, and an arts school (still ramping back up), we have an amazing building here that will outlast us all. That's something for Orlando to be proud of.

Late last year, we decided to become founding donors, for a lot of different reasons. Obviously we care a lot about the arts, given our professional and personal interests, and this institution engages hundreds of thousands of people every year. But I've also come to realize that philanthropy has different flavors. We typically donate to organizations that need help on a continuing operational basis, and I'm sure we'll continue to do so. I felt like it was important to contribute to something that's durable as well, something that will outlast us. This was obviously that kind of opportunity, to be a part of the "arts for every life" mission.

I can't wait to see, or more importantly hear a performance in Steinmetz Hall. What an amazing thing to have here. 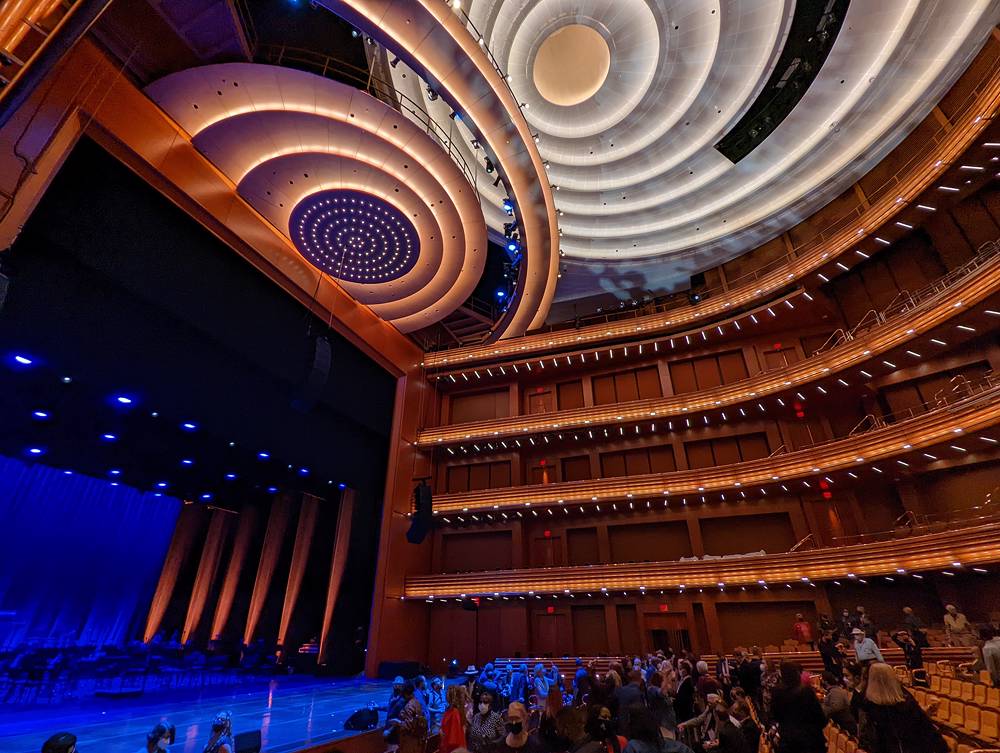