It's kind of comical to recognize National Cat Day at our house (tomorrow, Thursday), because that's pretty much every day. As a couple, Diana and I have had at most four cats, three cats most of the time, just two for about two years, and one for only a few days. I've been hesitant to post about our cat pride in fear that I would jinx Oliver, who wasn't doing very well, but months have passed and he seems to be relatively stable.

Oliver, now about 14-years-old, very suddenly dropped a lot of weight starting in late August. It came with a bit of lethargy and he just didn't seem like himself. He wasn't eating much either. It felt like we just watched this movie with Emma a few months ago. In addition to the thyroid problems he already had, the doctor (and second opinion remote friend/vet/former-girlfriend) was that he was likely battling lymphoma or inflammatory bowel disease. While you could do expensive tests to confirm the cancer and potentially do all the cancer things, it wouldn't likely give him a lot of extra time. Putting him through chemo at his age doesn't seem like a good idea. A more immediate treatment was steroids in either case, so we went with that.

After a month, he's still skinny, around ten pounds, but he's generally back to himself in terms of personality. He's eating a ton. He'll climb all the way up in the cat tree and sleeps on the bed with us. He even gets salty with the kittens when he's not reluctantly being spooned by one of them in bed. So for now, Oliver is still Oliver. He's not as playful as he used to be, but he's about a year shy of the average cat lifespan of 15, and I chalk that up to old age. It's good to see him every night at bedtime.

The kittens turn six months next week, and in just the short three months they've been with us, they've grown into enormous beasts. Finn in particular is huge. Poe is stocky, but still very robust. The breeder suggested that in her experience, Finn will likely top out as one of the more enormous house cats one could have, which is great, because that's what we were hoping for with this breed. They're both very pretty, too.

I can't really understate how wonderful these furballs have been, in a time where we all need a little more love and joy. Honestly I thought that breed characteristics around personality were likely bullshit. All I know is that my brother-in-law has a ragdoll and that charmingly chubby cat is one of my favorite animals anywhere. But as it turns out, they're not stereotypes, they're real. They are kind of dog-like in the way that they follow us around, when you pick them up they just kind of go limp and take the love, they love to play hard and sleep hard, and above all, they really love their humans. They're not aloof at all. You couldn't ask for sweeter cats. It's also hilarious to see them all asses-and-elbows when they run around on the wood floors, because with those furry paws, they slide all over the place.

Finn is our favorite, even though we shouldn't pick favorites. He's a lover in every way. Every night, he jumps up on Diana in bed, buries his head in her hair and purrs and kneads. He purrs a lot when you touch him. His personality is to engage with you as much as possible, and he's happy to flop on his back for belly rubs. He likes to play pretty rough with me too, with all of the nibbling and rear-digs, but not usually enough to actually scratch me.

Poe is certainly charming as well. He's more driven by food, despite being the runt of the litter. He will happily clean the food bowls after every meal. He's softer than Finn, with lots of "bunny fur." He really enjoys the belly rubs as well, but also likes you to get in there and rub his back. He's obsessed with getting Oliver's approval, and despite the elder cat's resistance, will do his best to groom and cuddle. He'll simply walk up to Oliver and drop to the floor, looking up at him.

Like I said, these little guys couldn't have come at a better time. Losing Emma was tough on all of us, and I haven't had a kitten in almost two decades. And I'm really happy that Oliver has some little buddies for his golden years. Every day is cat day here, but we'll happily celebrate them anyway! 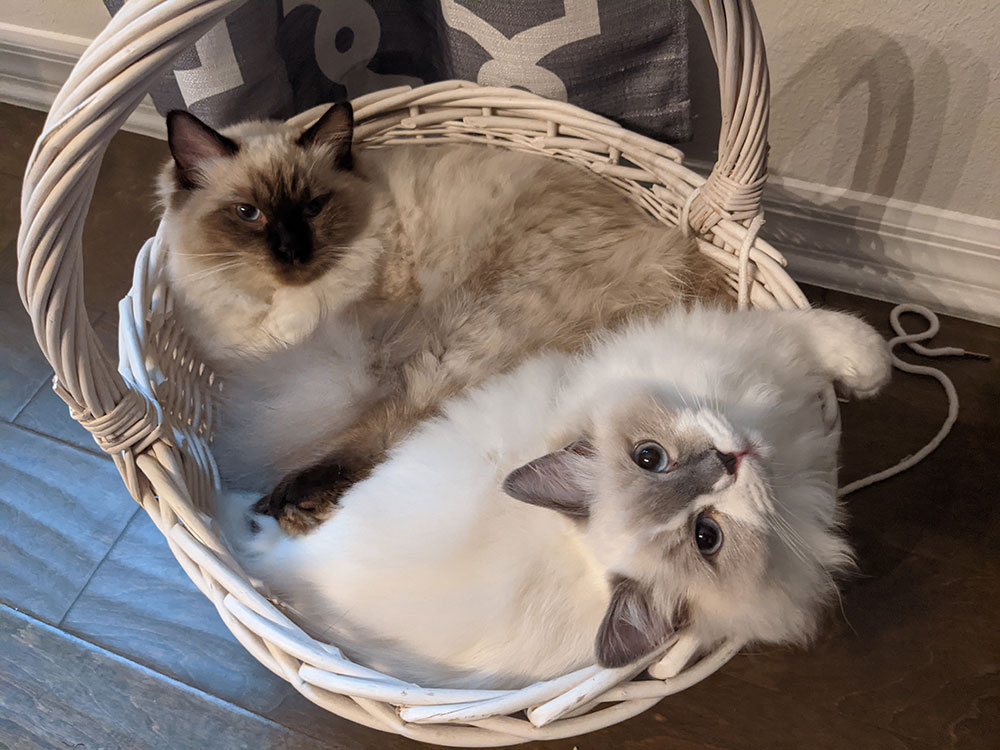 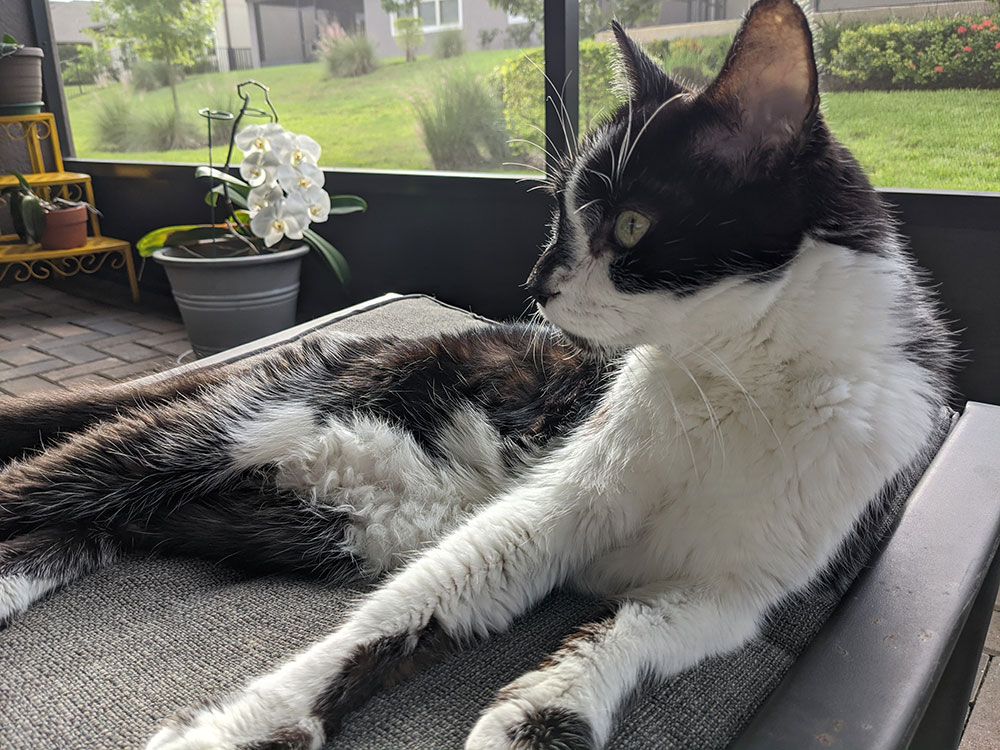