These are the pills I want to talk about

When it comes to my health, the last year hasn't been bad, but it sure has changed things. I had my first colonoscopy and it was thankfully all good. Last summer, my labs came back with a number of concerns that my doctor wanted to fix. It started with hypothyroidism, which has been fixed with levothyroxine. My metabolism is where it should be now, though as a side effect, I seem to eat more, and alcohol oddly does not affect me. My cholesterol wouldn't balance out, so for that, she put me on rosuvastatin. Sure enough, it's where it should be. My triglycerides unfortunately stayed high, so she added ethyl eicosapentaenoic acid, derived from omega-3's, to the mix. That's about where it should be now, too.

By the end of last year, I started to realize that my mental health wasn't well. For a long time, I attributed this to a number of things, including pandemic fatigue, difficulty in parenting and at work, and weather. I was, for the most part, living on the couch. That wave of making stuff that I went through in the pandemic, with the radio show and all the software I made and Lego sets seemed to come to an abrupt halt. My curiosity about the world seemed to have faded.

Two things really made me realize that this wasn't just a temporary funk. The first was that when I got to see Joss Stone, a singer I've wanted to see for like 15 years, I didn't really feel much about it. Concerts used to be something I lived for. Similarly, seeing The Prom did not instill the joy that I expected, and I adore that show. Then, and this is going to sound slightly ridiculous, I saw a post from Sara Bareilles on Instagram where she revealed that she was taking an antidepressant and it was like rediscovering herself. Her assertion about feeling joy, that made me incredibly sad because I realized then that I was not experiencing joy.

Here's the thing... I've never felt suicidal or wanted to hurt myself. I see a therapist. And I suppose because my life is objectively "good" in terms of its financial and immediate social situation, there's nothing "wrong." But in a world where nothing sparks joy, there's a deeper problem.

The medications that my doctor put me on to fix all of those numbers definitely worked. There's no number though for where your head is at. And we're talking here about messing with your brain chemistry. That's the thing that makes you, you. I've dealt with this struggle once already because of the various medications that Simon has taken for ADHD (which I now understand I also have). But just as I felt strongly about making sure that Simon has access to therapy, that's why I've stuck with it in recent years. But I've become accepting of the fact that maybe therapy isn't enough. I take acetaminophen when I have a headache, so why is this so hard?

So on my last follow-up with my doctor, to get the results of my latest labs after the omega-3's (which included kidney function, yikes), I told her I didn't feel right, and I wanted to do something about it. I felt so defeated and sad about it, which seems like the wrong emotions.

My doctor put me on bupropion XL, an extended-release drug that works as a norepinephrine–dopamine reuptake inhibitor, which means there's more norepinephrine and dopamine hanging out, to facilitate neurotransmission. In other words, it's more possible to feel joy. Interestingly, while it's an off-label use, it can also curb the effects of ADHD, which is often treated by amphetamines which stimulate neurotransmission (if I'm reading the literature correctly).

Anyway, I've been on this drug for six weeks, and the expected range to have some effect from it is 4 to 6 weeks. I've experienced real joy, going to see Frozen with Simon (the stage musical). The other night I enjoyed going to Epcot with Diana and Simon, just being in the moment in the environment. In my spare time, I've started a new software project. I'm not content to just hang out on the couch. I think it's working, but unlike cholesterol, there's no number to measure to get an actual idea about how it's going. If it can in fact help with ADHD, I'm not yet seeing anything conclusive there. I still find myself bouncing from thing to thing.

But I was on the lowest dose, 150 mg, and it appears that 300 mg is the standard. The doctor bumped me to that, so now I have to see how it goes in another week or two. I've noticed a change, but it has been somewhat inconsistent. I find that I'm still easily irritated, and some days are better than others in terms of my couch-magnetism. Still, I keep having experiences where I'm surprised at my excitement and enthusiasm. I'm even pitching a volunteer project.

I'm irritated at myself for my long-term closure to any kind of drug therapy. I feel like it's another thing that has been culturally imprinted on me, that it's a shortcut or sign of weakness or some other bullshit. But I corrected all of those things that put my physical health at risk. It stands to reason that I should do the same thing for my mental health. 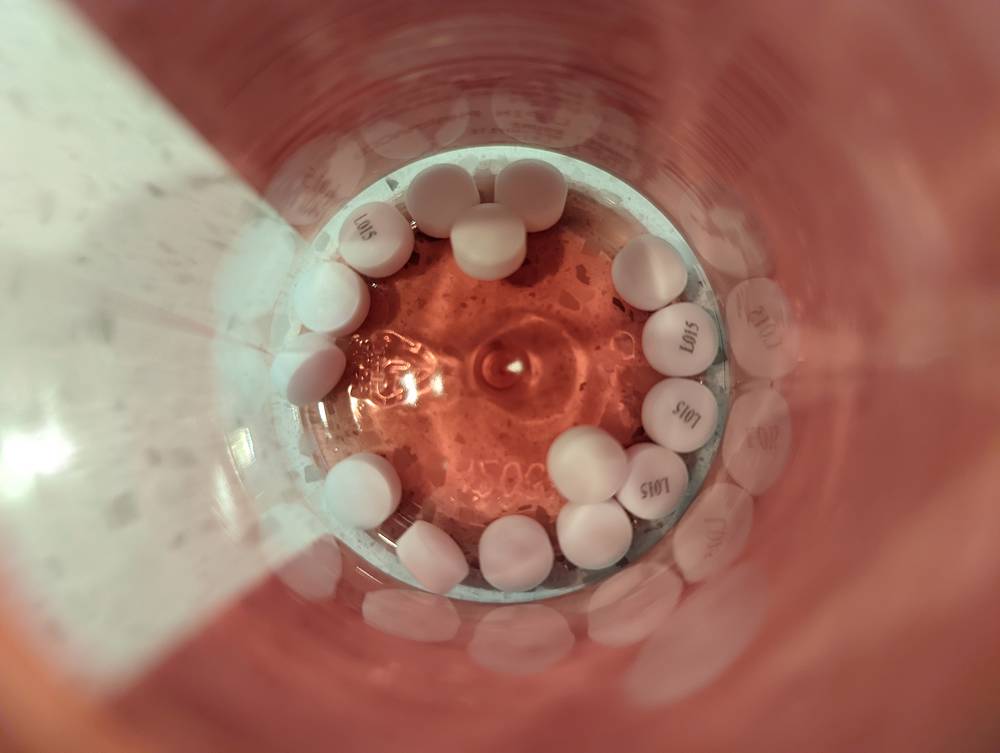