A year ago today, our furry ragdoll cats were born in Naples, Florida. Three months after that, they came home with us. Today, Finn is about 13.6 pounds, and Poe is 11.6, and they're certainly not done growing. Their fur color has changed a ton, and they're really beautiful cats. All of the breed standard attributes that I was skeptical about have largely worked out. They do sometimes follow you around like a dog, and hilariously, they will flop over at your feet if they think there are belly rubs at stake. They will kind of go limp when you pick them up, most of the time, but like any cats, they'll let you know if they're not having it. They're not generally scared of things or people, whether it's a vacuum robot or a large bird outside that could likely carry them away. They're too curious.

Their personalities are different. Finn is definitely the bigger lover of the two, and he does this thing some nights where he jumps up on the bed, "monorails" Diana, buries his head in her hair and kneads with a full-on purr. With me, he waits for me to finish brushing my teeth in the morning, then follows me into the bedroom and flops over next to the dresser, demanding rubs. Poe is different. He's not aloof, not compared to most cats, but he's particular about engagement. He prefers to lay on your feet while you're cooking, and maybe nibble on your toes. There's also a fleece blanket he likes to meditatively knead. He enjoys brushing, which is good, because his hair is more "bunny fur" than Finn's. Poe is also way more food motivated, despite being the smaller of the two.

The boys also do what we were hoping for by getting brothers. They play together, wrestle, chase each other around, and groom each other like it's a part-time job. Some nights, one or both sleep at the edge of the bed. Sometimes they catch a lizard on the patio (and enthusiastically show it to you). With all of that running around, they sleep a good bit, too, but despite their size, they're a normal weight.

We found them via the breeder in May, and would have to wait until they were three months. They would be neutered by then and well taken care of and played with. The decision to get what are effectively "designer" cats wasn't something we took lightly, given that all of our previous cats were from shelters. But we were always pretty enamored with my brother-in-law's ragdolls, and I loved how robust and big they were. They fit the breed behavior traits as well. At our age, if we're being realistic, we get one more chance after this at adopting cats, because who knows if we'll be able to do it in old age. With that in mind, I was hoping for that ragdoll magic, and we got it.

The timing was unintentionally good. Part of it is just that the pandemic went on way longer than anyone expected, and frankly, we needed a little extra joy in our lives. But we also lost Emma before they arrived. That wasn't entirely unexpected given her age, but being the cranky one, I wondered if she'd go another few years. But then after just a few months with the boys, they lost their "old man," Oliver in December. While he was not young, at 14, maybe we figured by his kitten-like behavior that he had years to go. I had nearly 14 years with both of them, and traveled through 6,000 miles of moves with them. Simon only knew life with them, and it was a sad day when we said goodbye.

Finn and Poe are not replacements, and their arrival didn't make the loss easier, but they have added joy and love that we really needed in the last year. They legitimately make me smile every time I see them, no matter what the world is throwing at me. They're wonderful additions to our family, and I look forward to many years with them. 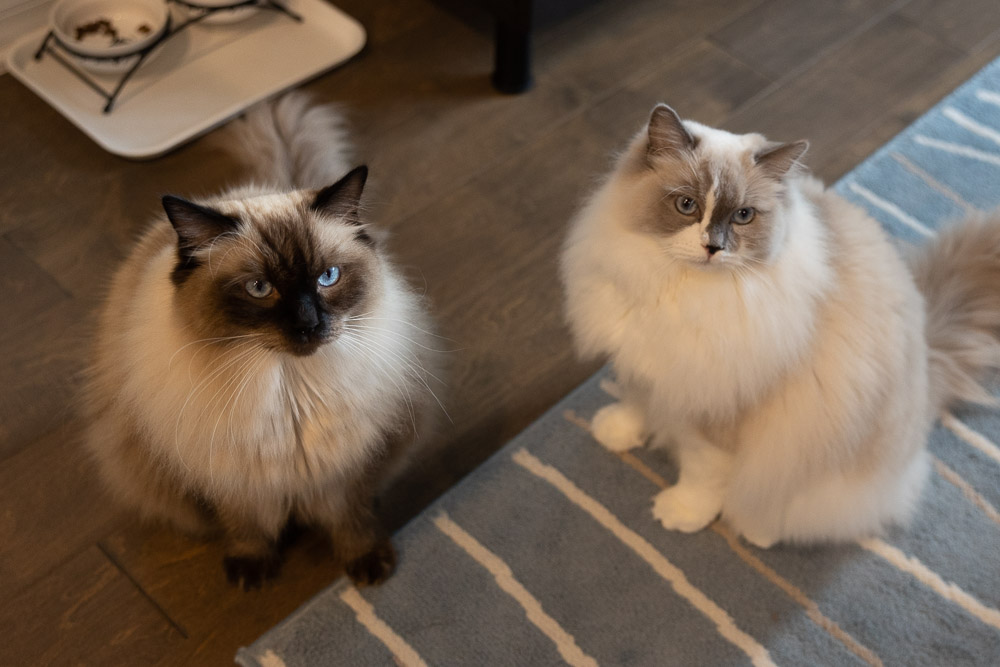 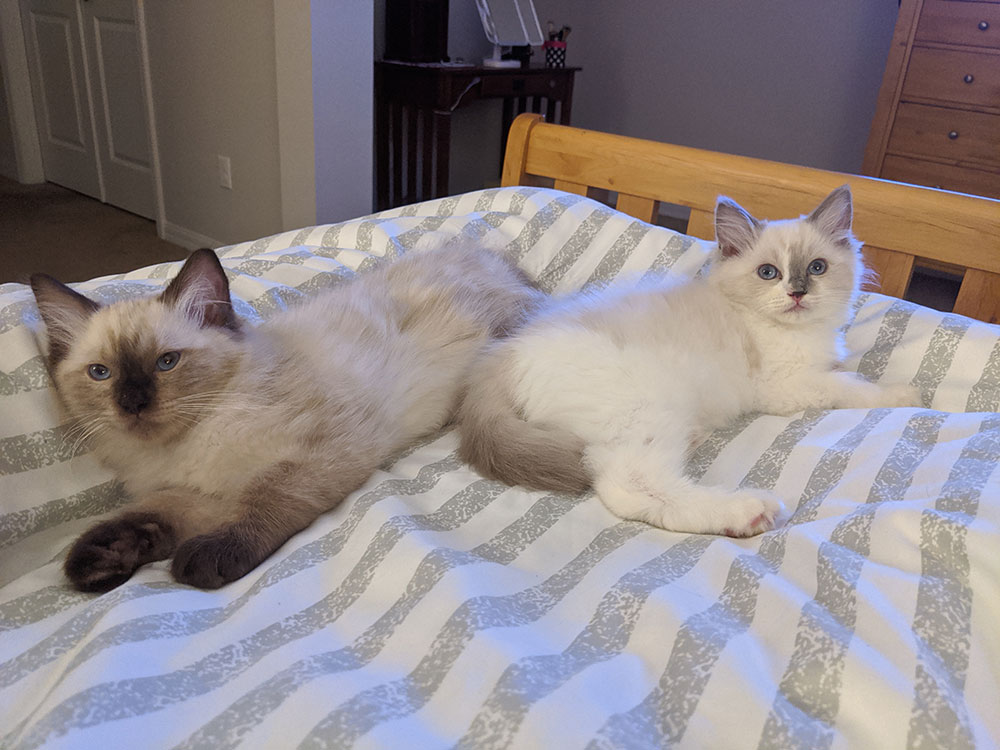